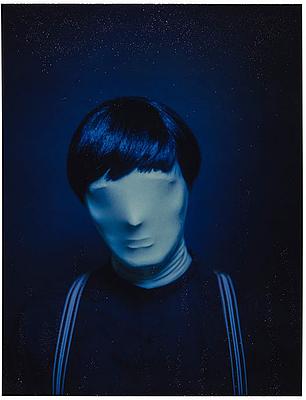 Jonathan Bree is a singer, composer, multi-instrumentalist and producer from New Zealand.

His recent music video for 'You're So Cool' has become a YouTube sensation, drawing viewers with his unique masked up mod band and it's eerie surreal production. Bree's live show is as equally captivating and otherworldly - both aurally and visually.

A self-confessed workaholic and social recluse, Jonathan spends his days (and nights) in a dingy home office attempting to help run his record label Lil’ Chief Records whilst simultaneously producing for other artists, directing and starring in music videos for duets about Cigarette Smoking (yes THAT video) and then somehow finding time to record his own material when he should be sleeping.

Bree began writing and performing music as a child and by age 13 had released on New Zealand's Flying Nun Records.

At 13 out of fear he was going to start wearing fishnets and piercing his privates he was sent to live with his Father in Australia. His Father was a spiritual guru living in Byron Bay, graciously helping his followers to starve themselves in order to raise their ‘vibrations’ so they could board the invisible motherships floating above them.

At 14 after failing to raise his vibrations and also feeling quite hungry he left home and took care of himself by selling drugs to local tourists to make his way through high school.
At age 19 he formed the band The Brunettes, writing and producing 4 albums and 4 EPs for them. The Brunettes went on to sign with Sub Pop before eventually disbanding in 2010.

Bree then slipped into the shadows, resurfacing in 2014 as a solo artist with his masked baroque band, and has now released 3 solo albums.

He is currently recording material for his 4th album and preparing for his 2019 world tour.