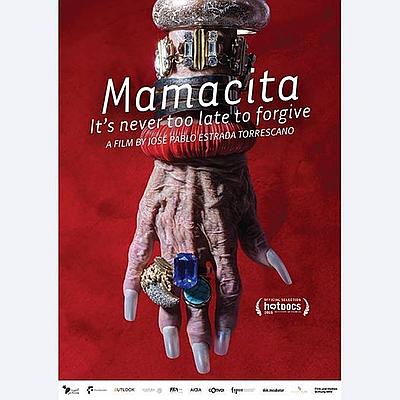 Special Screening of "Mamacita" in cooperation with Instituto Cervantes Bremen.

LOGLINE
José Pablo promised his extravagant grandmother,
Mamacita, to make a film about her life, without
knowing that this would lead to revelation of secrets,
lies and deceptions affecting 5 generations of a highsociety
Mexican family.

SYNOPSIS
Mamacita is an extravagant Mexican beauty queen
living in her own kingdom in company of her loyal
servants: gardener, chauffeur, chef, housekeeper and
nurses. The 95-year-old lady has turned her house
into a castle, hiding the open wounds of a prominent
Mexican upper class family behind its stonewalls. When
José Pablo went abroad to study film, Mamacita made
him promise to return to Mexico one day to make a film
about her life. He conquers his granny’s empire like a
Trojan horse, discovering the haunted spirits of his own
past and the lack of love that his entire clan has suffered
from for generations.